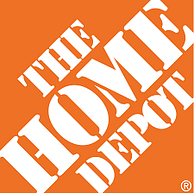 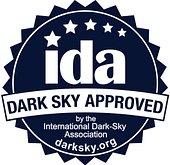 DCEC AND DPAS WELCOME DARK RANGER, KEVIN POE TO SPEAK ON BEHALF OF OUR DARK SKIES: 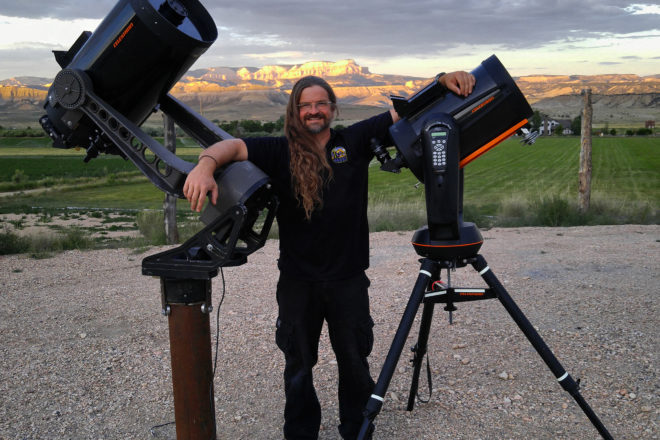 Dark Ranger Kevin Poe will bring his expertise on light pollution to Crossroads at Big Creek on Sept. 21. Submitted.

During the day, Kevin Poe works as a park ranger at Bryce Canyon National Park in southwestern Utah. But when he’s not writing grants for green energy projects, he moonlights as a Dark Ranger, a “sworn enemy of light pollution” who sets out to make the world a darker place.

Started at Bryce Canyon in 2000, the Dark Rangers were a trio of park rangers “armed with science, mythology and a fierce love for all things nocturnal” who adopted the mission of preserving natural darkness and combating global climate change. Poe is the last of the founding Dark Rangers to continue that mission, but he certainly isn’t doing it alone.

Today, the Dark Rangers are more than 300 strong and encompass night sky advocates of all walks of life who have been “deputized” by Poe after participating in one-week training workshops. In these courses, participants learn night sky-specific presentation and public speaking techniques, telescope operation, star-hopping skills and basic astronomy.

With these skills, Dark Rangers set out to offer exciting astronomy programs throughout the country, including presentations, hikes and stargazing nights. On Sept. 21 at 7 pm, the Door County Environmental Council and the Door Peninsula Astronomical Society will host Poe during a special presentation of “Preserving Our Dark Skies” at Crossroads at Big Creek in Sturgeon Bay.

The centerpiece of Poe’s presentation is scotobiology, or as he would prefer it called, “nocturnal ecology,” and its overlooked role in producing healthy habitats for animals.

“One of the things I always speak to is when you learn wildlife management, whether you’re taking your hunter safety course or you’re a professional biologist, you’re taught that all animals need basically four things: food, water, shelter and space. The four conditions that constitute habitat for any kind of animal. Well, one of the things we’ve overlooked is darkness and it’s true for a wide variety of animals we don’t normally think of as being nocturnal,” Poe explained. “Basically the kinds of things that people want to go and see in their famous national parks or state parks – deer, elk, mountain lion, bears, bison – all these big mammals are nocturnal creatures or at least this other term called crepuscular, meaning their peak activity is in the twilight hours if they’re not truly nocturnal, meaning active all night long.”

While some refer to scotobiology as a new science, Poe explained the recent attention it’s gotten is due to the negative effects on animals from increased light pollution. He drew on two examples to explain the phenomenon: the death of baby sea turtles drawn to oceanside cities by manmade light, and the declining number of great horned owls because of streetlights.

“When we have lots of tall streetlights, the owl’s wings – as they’re making the attack on an unsuspecting rodent or skunk – when the wings drop below the level of the streetlight, they cast a shadow and all the animals know from daytime and nighttime experience, when you have a big, bird wing-like shadow coming over the top of you, it’s time to run,” Poe said. “… The owl is a very slow, stealthy attack and everybody in the animal kingdom can outrun the attack of an owl.”

But Poe’s presentation and the challenge of light pollution is not all doom and gloom. One of the high points of his program is explaining that battling light pollution involves small sacrifices on the part of humans – sacrifices that often pay back in small ways and large.

“Night sky-friendly lights are always more efficient than others, whether it’s different colors of LEDs or solar powered lights or motion-sensor technology, all these things are an improvement,” Poe said. “There’s lots and lots of opportunities for win-win and I guess that’s the message I would like to have the people of Door County seriously consider.”

IDA Dark Sky Retailers strive to provide the public with easy access to Dark Sky Approved products. These businesses work closely with IDA to ensure that their products are properly listed and certified as Dark Sky Approved.

What information you will find:

On September 16th, 2016, Dark Ranger, Kevin Poe returned to Door County to speak about preserving our Dark Skies in Door County. The program was presented at The Southern Door Autitorium in collaboration with Door Peninsula Astronomy Society (DPAS).